Book Review: The Trowel and the Truth

The Trowel and the Truth, by Scott Stripling

In his forward to The Trowel and the Truth, by Scott Stripling, Craig A. Evans writes, “Dr. Stripling’s clearly-written and well-illustrated book will help readers see the biblical past with new eyes and understand the biblical text with new insight….those who read it will be enriched.”  Evans has aptly described this book and I too would highly recommend it as an easy-to-read introduction to the field of biblical archaeology.

As an author, Dr. Scott Stripling is a highly-qualified authority in the area of biblical archaeology.  He serves as Provost and Professor of Biblical Archaeology and Church History at The Bible Seminary in Katy, Texas.  He is on the Board of the Near East Archaeological Society and currently serves as Director of Excavations for the dig at Shiloh, led by the Associates for Biblical Research (ABR – BibleArchaeology.org).  In the past he has served as Field Supervisor of the Tall el-Hammam Excavation Project in Jordan from 2005 to 2010, Director of the Khirbet el-Maqatir excavation from 2014-2016, and a Supervisor of the Jerusalem Temple Mount Salvage Project in Israel.

Right from the outset, Stripling helpfully declares both his purpose and presuppositions:

After a brief introduction to geography, chronology, and a history of biblical archaeology, Stripling highlights discoveries made throughout the ages, and how they relate to the biblical text.

Having read numerous articles by Dr. Scott Stripling in various technical journals and archaeology magazines, I wondered how he would fare at writing a general book for the average reader.  The answer: quite well!  Stripling has written a guide to field archaeology in the Holy Land that is easily understandable by the layman.  Where technical archaeological terms are used, he explains them simply and clearly.  For example, in describing the appearance and importance of “collared-rim jars,” he writes, “The characteristic feature of the collared-rim storage jar is a raised collar on the shoulder where the neck attaches to the body of the vessel (fig. 6.4). In the highlands, these jars are found in high concentration at sites identified as Israelite, and in low concentrations at sites not identified with the Israelites. They appear in the middle of the Late Bronze Age and pass from the archaeological record around 900 BC.”  A helpful picture of a collared-rim jar discovered at Khirbet el-Maqatir accompanies the description. 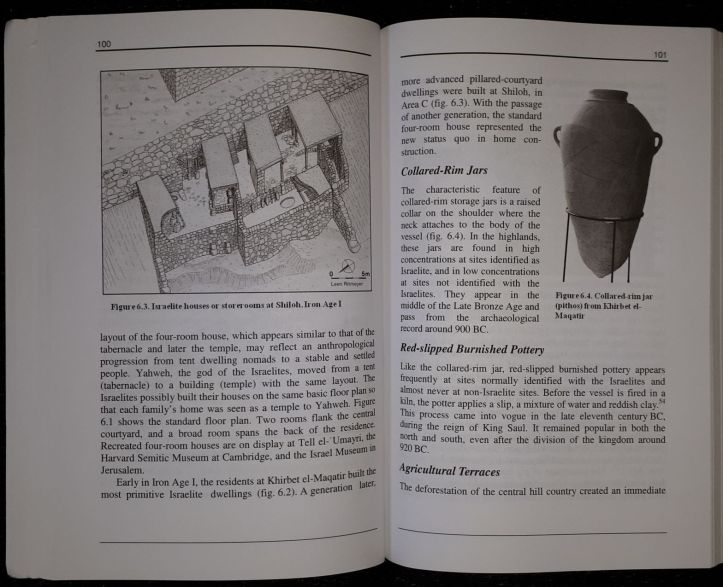 The Trowel and the Truth shines when describing how archaeological field work is done.  Specifics, such as the different methods archaeologists use (ie. historical synchronisms, pottery, carbon-14, numismatics), or the description and purpose of a balk in an excavation square are helpful in illuminating how archaeologists work.

Another area the book excels in is its description of the various ages.  Careful attention is given to describing some of the major characteristics of each age, as well as to highlighting specific biblical events set within each time period.  For example, Stripling describes the various cultural characteristics of the Middle Bronze Age, including domestic implements, fortification practices, burial traditions, religious beliefs and literary activity.  He also describes the Hyksos rulers in Egypt and how they relate to biblical history.

If I had one criticism of the book, it would be that its brevity left me wanting more. Important discoveries from the different ages that relate to the Bible are not described in great detail, likely because of the general focus of the book.  This will hopefully spur people on to further study, which I suspect was part of the author’s purpose, given his desire to write an general introduction to biblical archaeology, rather than an exhaustive encyclopedia on the subject. 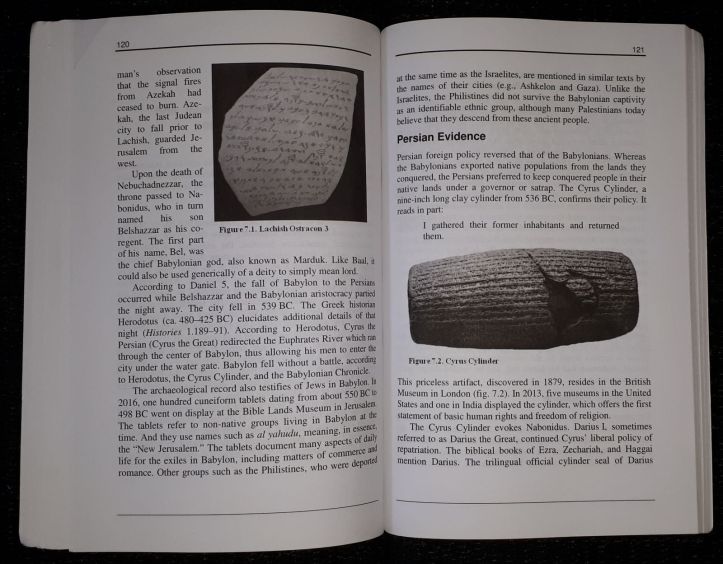 Overall, Scott Stripling has written a helpful and engaging book that explains the science of biblical archaeology in a way that the average reader can understand and learn from.  The Trowel and the Truth will help you read the Bible with new insights into the historical background of the text.

The Trowel and the Truth can be purchased on Amazon for $19.95 in paperback and $7.45 in Kindle format.

Full Disclosure:  Dr. Scott Stripling and I are both on staff with the Associates for Biblical Research (BibleArchaeology.org).

Note:  Neither Vison Publishing nor Scott Stripling gave me this book (actually, my son gave me The Trowel and the Truth as a birthday gift). Neither has asked me to write a review. In fact, as I write this Scott is currently leading the excavations at Shiloh and has no knowledge that I’m reviewing his book.  All of the opinions expressed above are my own.

Disclaimer:  Bible Archaeology Report is a participant in the Amazon Services LLC Associates Program, an affiliate advertising program designed to provide a means for us to earn fees by linking to Amazon.com and affiliated sites.