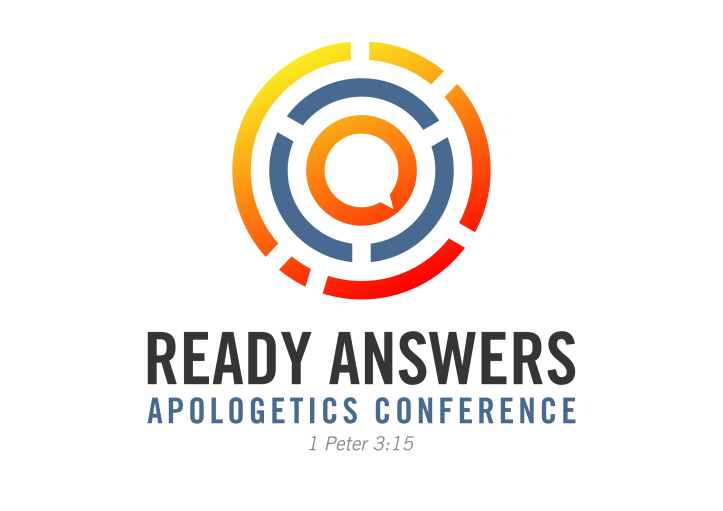 Can we trust the Bible?  Is it scientifically accurate when properly understood?  Is it historically reliable given what we know from archaeology?

These were the important questions we considered at the first-ever Ready Answers Apologetics Conference.  Bethel Bible Chapel and Island Bible Chapel partnered together to bring Ready Answers to fruition.  The goal was to bring to small-town Northern Ontario the kind of apologetics conference that we would normally have to drive up to eight hours to experience.  Our mission was to equip saints and educate skeptics by providing answers that demonstrate the reliability of Scripture and a defense of Christianity.

In October 2018, we over 230 people excitedly gathered at Bethel Bible Chapel in Sault Ste. Marie to hear from five experts who believe the Bible can be trusted.  I have reflected on the amazing teaching at Ready Answers 2018 and would like to share some highlights from each of the speakers.

SESSION ONE:  Can We Trust Science?

Using many examples from the modern world of science, Kirk came to several conclusions:

As a scientist who is involved in active research, as well as someone who stays current with the latest findings in secular science journals, I found Kirk to be a credible voice in this field.  The way he distinguished between good science (which follows the scientific method) and bad science (ie. scientism) was insightful and helpful.

As a paleontologist and university geology professor, Dr. Marcus Ross is well-versed in the geological record and presented the scientific evidence for Noah’s flood convincingly.  I appreciated his reminder at the end of his presentation that, while we are continually reminded of the judgement of God on humanity, he has promised, “Never again will all life be cut off by the waters of a flood; never again will there be a flood to destroy the earth…I have set my rainbow in the clouds, and it will be the sign of the covenant between me and the earth…Never again will the waters become a flood to destroy all life.” (Genesis 9:11, 13, 15b)

SUMMARY:  Using the city of Ai in Joshua 7 and 8, Gary demonstrated that, despite claims to the contrary, the Bible is a historically reliable document.  The previous identification of et-Tell as Ai led many scholars to conclude the Bible was inaccurate or mistaken in it’s description of Joshua’s conquest of the city as they was no evidence of destruction in the Late Bronze Age.  The Associates for Biblical Research excavated at nearby Khirbet el-Maqatir for over a decade and have concluded it is the site of the city of Ai from Joshua 7 and 8.  Gary analyzed the following scientific evidence to demonstrate this identification:

SESSION FOUR:  The Historical Reliability of the Gospels

SUMMARY:  Logan packed a ton of information in a short seminar, but did so in a way that didn’t make it seem like you were “drinking from a fire hydrant.”  He began with an overview of what we know about Jesus from sources outside of the Gospels.  From the writings of Josephus (ca. 93 AD), Pliny the Younger (ca. 98-117 AD), and Tacitus (ca. 115-117 AD), he summarized the information we can know:

During the second half of his talk, Logan differentiated between oral tradition (ie. from a community/grows over time) and oral testimony (ie. direct eyewitness evidence).  He argued that the New Testament Gospels aught to be seen as testimony, in keeping with the aim of ancient historians.  For example, Lucian of Samosata wrote: “As to the facts themselves, [the historian] should not assemble them at random, but only after much laborious and painstaking investigation. He should for preference be an eyewitness, but if not, listen to those who tell the more impartial story…” (Hist. Conscr. 47).  He then demonstrated that the Gospels bear the marks of early eyewitness testimony, not later oral tradition.  These include:

In the end Logan made a compelling case for the historical reliability of the New Testament gospels.  He finished with a reminder that Luke carefully researched and wrote his histories so “that you may have certainty concerning the things you have been taught” (Luke 1:4).

SESSION FIVE:  Why People De-Convert and What The Church Can Do About It

SUMMARY:  Of all of the speakers at Ready Answers, John is the one I know the best.  We served together many times at Camp Aush-Bik-Koong as teens and have kept in touch ever since.  John recently finished his Ph.D, with a dissertation on why people “de-convert” from Christianity.  It seemed like this topic would be a good fit at an apologetics conference, and I know John is an excellent speaker, so we invited him to join us.

John began his presentation by looking at the troubling statistics of people who leave the church and abandon their faith.  He shared four reasons people often give for why they turn away from Christianity:

He then looked at three approaches in the church that actually prepare young people to walk away from Christianity.

John finished his talk by giving three prescriptions for hope:

Ready Answers 2018 was an amazing experience with quality teaching from five experts.  Can we trust the Bible?  The clear answer from this weekend was a resounding, “YES!”

If you’d like to watch, stream, or download any of the sessions from the Ready Answers conference as well as get a pdf of the powerpoints each speaker used with their presentations click here: https://readyanswers.wordpress.com/2018-audio-video/

#BiblicalArchaeology -It's been called the forgotten field of #Apologetics. Here are five podcasts about biblical archaeology that you might want to check out. bit.ly/3XxjHRf
A controversial claim of multiple new royal inscriptions from King Hezkiah was one of the TOP THREE REPORTS IN BIBLICAL ARCHAEOLOGY IN DEC. 2022.
Thank you to everyone who has generously given to help make our excavation at Shiloh, Israel a reality. My wife and I are humled and grateful. To support us:
Ladies and Gentlemen, here are the TOP TEN DISCOVERIES IN BIBLICAL ARCHAEOLOGY IN 2022.